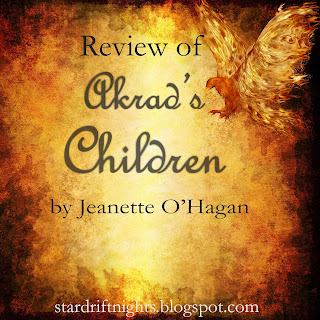 I felt I should take a break from promoting Dronefall and share a review of a recent read.
What? I get assigned a random book to read and review by an indie author I’ve never heard of, in a genre that often disappoints me and I…actually kind of liked it? What sorcery is this? It’s notoriously hard to entertain me with fiction. I was surprised how much I appreciated this book, even in spite of it’s flaws.


·         Dinnis The main character grew on me over the course of the book. Though honestly, I knew in the prologue that I was going to like him. Throughout part one, he was rather difficult to connect with, but things really picked up in part two, when his struggled become defined and his personality develops. Dinnis is quiet and has a bit of an edge. He has a lot of emotional reserve, and the author does a great job portraying that without judging it, which I really like. He’s resourceful, independent, and clever at getting what he wants in spite of odds and authorities that oppose him. He’s curious, creative, and intelligent, and loves his sister in spite of how hard she is to deal with and how little she returns his affection most of the time. It’s a rare thing, and a very good thing, when a character can make choices, good or bad, and I find myself saying “Yeah, that’s probably what I would do.” Dinnis was impressively relatable.


·         Sensory detail The author doesn’t skimp on detailing and fleshing out her scenes with all five senses. It made for a very immersive experience. All the sights, sounds, and notably smells of this story plunge you into the world like many books fail to. It made the characters and setting all the more vivid. If you want a book to transport you to a whole new world, try this one.


·         The story-world The South-American feel of this story-world was refreshingly unique. The settings were sweeping and often very beautiful. I enjoyed the different races and how well they were described. The culture, the costumes, animals, the food—it was all there to explore. I’d like to go there.


·         The royal intrigue I didn’t realize I was a fan of royal intrigue, but I’m starting to think I am. I like secret plots and the subtext that it lends relationships in the story. There are some good twists in here—or at least, they are twists for some of the characters involved. This author did a good job making the reader feel the shock of discoveries as they hit the characters, even if the reader already knew.


·         Some boring character tropes Akrad is kind of a moustache-twirler eeevil sorcerer type. (Not that I didn’t kind of like him anyway.) Dinnis’ sister is kind of a typical bossy little sister/proud princess/power-hungry type. There were a couple of side characters who I sort of rolled my eyes at. (Bitjarnan in particular…ugh, I can’t stand those kinds of characters.) But it wasn’t enough to bother me too much. You’re almost bound to have a few of those in high-fantasy.


·         Kids don’t always feel their age This was mainly an issue in Part one. Sometimes the children didn’t talk like children at all. It wasn’t constant, but it really stood out to me when it happened. It also felt a little weird for Dinnis to be so fascinated by Rasal at his. Maybe it wasn’t meant to be romantic, but it kind of came across that way, and I think he was eleven…I certainly didn’t have those sorts of feelings at eleven, but maybe I’m weird. This problem disappeared when the children grew into it a bit.


·         Presentation There were quiet a few typos throughout this book. I wanted to fix them. Typos aren’t a big problem for me, I know what it’s like to be indie and to read indie, but there was sort of a lot. I think the author could have caught most of them herself had she simply had her computer read it aloud to her. I do that. It really helps. Also, I might never have picked this book up judging by the cover. The writing is much higher quality than the cover art.


Things I thought were weird:


·         Yarmas So, most animals were real animals referred to by their English names, but yarmas were a mystery. I think they’re llamas, but they could be sheep, goats, or yacks.


Overall, I recommend this book for YA fantasy fans in the mood for a clean, detailed story of royal intrigue set in a vivid story-world. It’s an experience.
Posted by A.L. Buehrer at 3:48 PM No comments: