Showing posts from February, 2014
Show all

Quantum Heartbeat: at a loss for words? Find some! 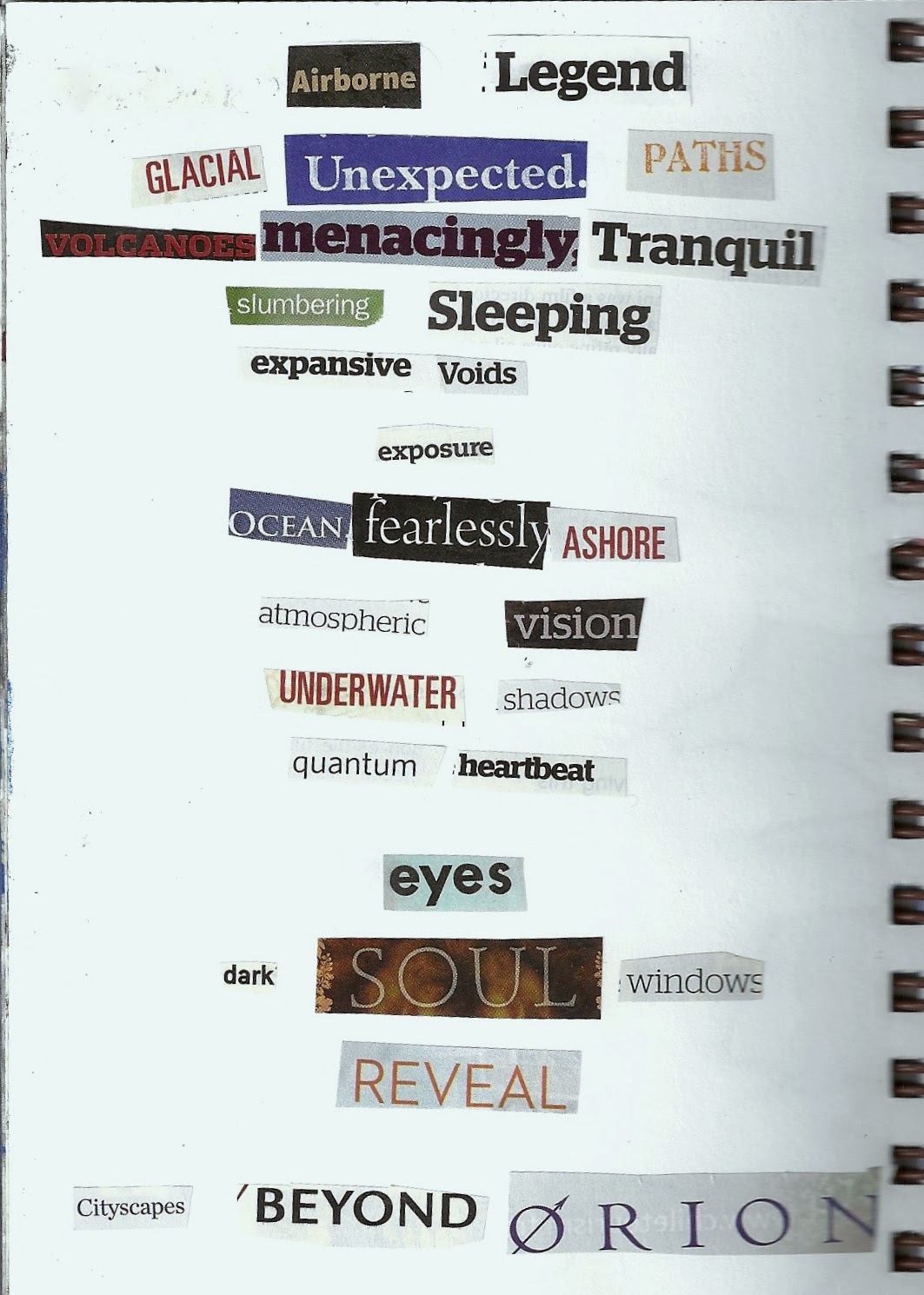 This is something everyone should do from time to time. It's a great way to open your mind to new metaphors and break with old cliches. What I've done is, I've taken scissors to magazines and impulsively cut out words that appealed to me, then I arranged them into this poem. There's just enough thinking involved to make it stimulating and just enough chance involved to make it fun. This poem is called "Quantum Heartbeat."
Post a Comment
Read more

A Hand with Five Fingers 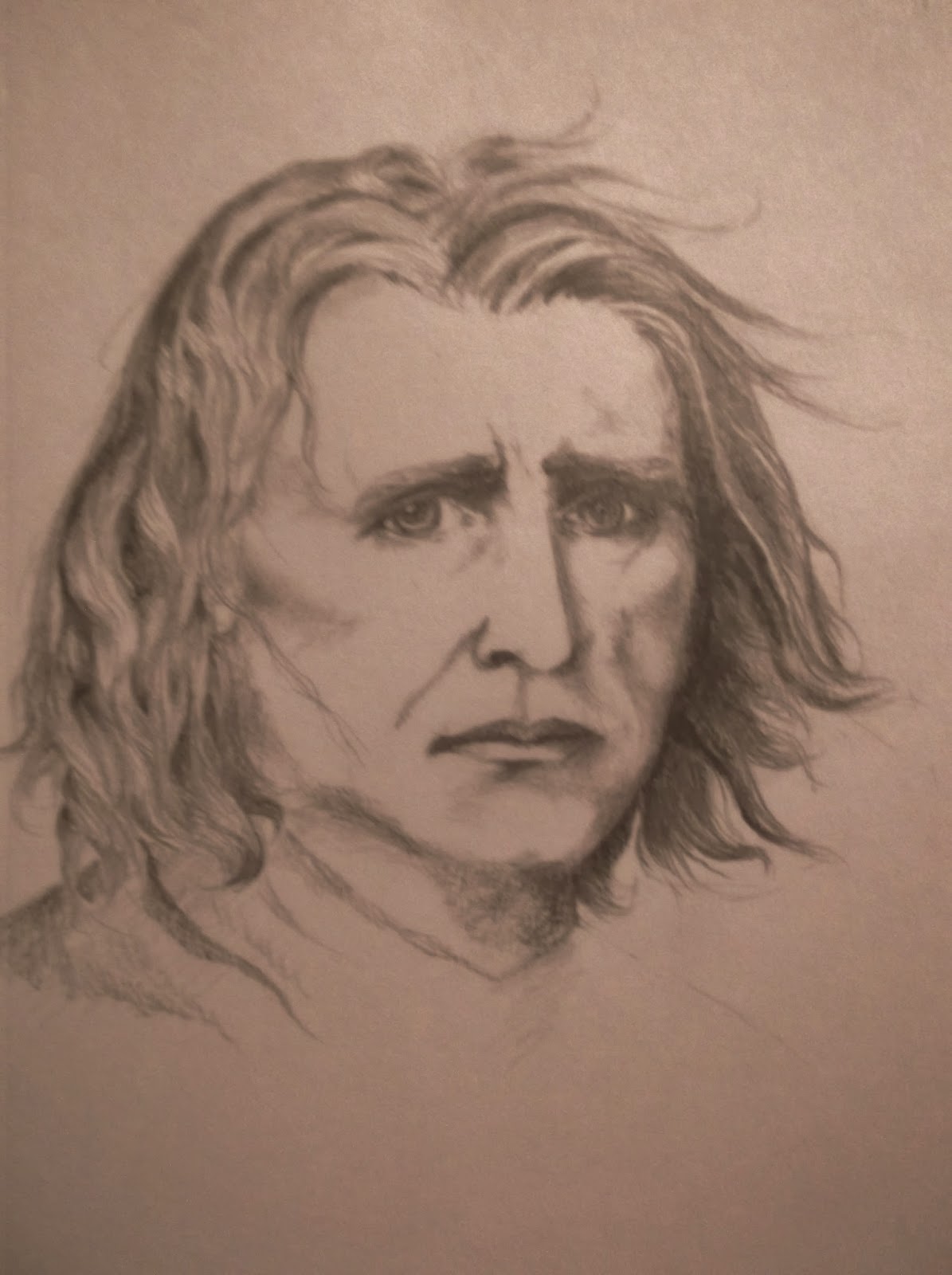 Yesterday I embarked on what is to be my seventh novel. Though I've written two trilogies, (the soon-to-be-available Stardrift and the more recent Rhapsody and Threnody ) this new book is going to be my first stand-alone novel.   A Hand with Five Fingers begins with the sentence, "It had been one of those dark days." First sentences, you know, are highly important, almost as important as final sentences. So the story goes, our protagonist, an author, is driving home from another discouraging consultation with her literary agent and almost hits a kid crossing the road in the middle of a bleak and lonely moor. The unidentifiable foreign teenager eventually reveals to her that he is a half-remembered concert pianist...one-hundred twenty-eight years dead.   So, that's the premise. The pianist, is a real person whom I've been researching extensively in my spare time. Franz Liszt was a Hungarian piano virtuoso, conductor, and composer during the early-to-mid Romantic
Post a Comment
Read more

February 04, 2014
It's a strange thing watching the night creep by through the dimly glowing windows, not quite aware that you've been still for hours and hours, silently staring like a corpse, not caring that all the clocks in the house are listening to you breathing. Slowly, midnight passes. It doesn't matter. Gradually, the stars move toward the blackness of the west. You don't even feel it.   Events occur in a massive block of an element we call time. There has been debate in intellectual circles whether the past is at all moments just as real as the present, which is in turn, just as real as the future. I think it's true.    You don't even realize it, but you've lain awake, pretending, for the rest of the world's sake that you were asleep, for seven hours. Then, as if in a dream, you see sunlight--or something like it--filling the negative space around the dead fingers of a black tree outside your window. The birds are singing. The watery twilight swells
1 comment
Read more

February 03, 2014
Hello. I suppose anyone watching thought I was dead. I'm still alive, sorry. I would promise that this blog was about to get more active, but that might be funny. I don't do humor on this blog, see? Anyway, I hope everyone is enjoying their own lives. If somebody happens to be enjoying somebody else's life, that's interesting as well. Stay tuned, coming up next, drawings that may or may not have to do with anything.   Thank you for reading.
Post a Comment
Read more
More posts